What Can We Expect From Laptops of the Future? 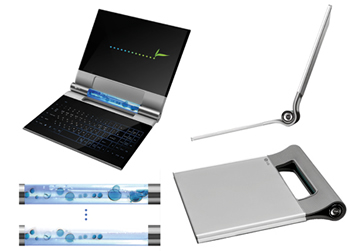 Tech and Trends:- It’s fair to say that PCs and laptops have changed dramatically over the past 10 years, and the change doesn’t seem to be slowing down any time soon. Think about your laptop/computer today – it most likely looks a lot different to the one you had years and years ago, and your future laptop is set to look even more different.

We’ve been doing some research into what it is exactly that we can expect to see in these changes and developments, and some predictions for new laptop technologies and advancements. Here are just some of the things we can expect from laptops of the future.

Can you imagine being able to scroll through your emails just by looking down the screen of your laptop? This is something that is currently being developed. In five years, you’ll be able to breeze through your laptop’s interface by simply looking where you would typically point your mouse cursor. As well as eye movements, things like hand gestures are also set to be a new way in which we can control and use our computers. Voice recognition is something that we see often in mobile phones today, and they could soon be on our laptops and computers, too.

It’s been said that laptops with an all-day battery life could be something we have as a reality by 2018, so the days of having to be near a plug when using your laptop could be over much sooner than you think. We’re already seeing battery-life enhancements with the likes of Intel’s newly launched Haswell chip, which promises a 20 percent increase in endurance because it requires less wattage to run applications.

Some of the laptops on the market today are extremely light and thin, but industry experts suggest that they’re set to get even slimmer and lighter. This also coincides slightly with the fact that many experts suggest that the computer may lose a component – the mouse. With touch pads on laptops being seen as superior, and touch screens becoming more and more popular as part of laptops, computers and laptop/tablet hybrids, it may be likely that the need for a mouse simply won’t be there for much longer. Though it’s also been said that despite the life of the mouse coming to an end, the keyboard is set to stay; with users preferring to have something physical to type on rather than typing on a glass screen.

As mentioned above, touch screens are becoming more and more popular and are a big part of almost every mobile phone out there, and they’re set to have the same impact on our computers and laptops in the future. We’re already seeing big changes involving touch screens as part of our laptops with the progression of laptop/tablet hybrids that have proved to be extremely popular, and these developments are set to continue.