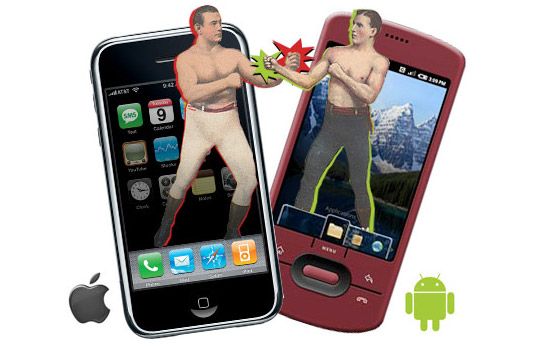 Tech and Trends:- They say the OS war has been waged for a decade or so now and that there are no clear victors. But I feel Android has quite clearly won it.

So, why is Android a better option over iOS? A large number of Android devices are available at various price points, with varying hardware capabilities, screen sizes and features. Capabilities: Ever heard of S-beam or Android Beam? They are revolutionary. With just a single tap of a phone, you can send a whole movie within a few minutes. Also, it isn’t only movies you can send by tapping phones, it is also anything else. For example, you can send pictures, contacts, apps, etc.

Abilities: Android has a lot more abilities. Want to download something off of the internet? No problem. However with an iPhone, nope, impossible. Want to be able to drag and drop files from your folders in your computer? No problem. With an iPhone: you need to use iTunes.

In conclusion, Android clearly tops iOS in everything. To conclude Andriod is a better option over iOS because it has so many more capabilities, abilities, pricing, etc. Having said this, it really depends on what you need and how much money are you willing to spend. Android is perfect for the techy people that love fiddling around with every aspect of their phone/tablet/whatever and its operating system. iOS is fine for people who prefer things to just work, but is also much more expensive. Personally, I’d choose Android. The things you can do with it are basically infinite.