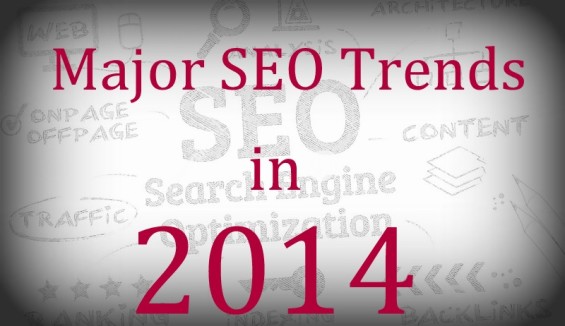 Tech and Trends:- While talking about SEO or search engine optimization, there are actually innumerable opinions about SEO’s future and increasing the visibility of a website online. A contributor of Forbes has written an article recently titled “Is SEO Dead?” Actually it is much far from dead but is constantly evolving. The new year has already started and it’s time for you to check out the latest Google algorithm updates and the anticipation of what the algorithms will seem to be in the next year. By taking into account this information, search engine rankings will be placing much more attention on social media interactions and engagements, Google+ and authorship.

Role of social media on SEO

Social media will have an important role in the search engine rankings this year. One of the main factors for a website’s visibility is the number of inbound links, that is, the links that you get from the other websites to your own website. Although inbound links are very important, they are getting replaced by the social media signals. Google’s algorithms have already started considering the social media profiles. By the next year, these algorithms will probably become more “socially sensitive.” Starting from the number of posts, likes, comments, followers, shares and all your audience does for interacting with you will play an important role in the search engine ranking of your business.

Effect of Google+ on SEO

Previously, many people did not involve in Google+ when it first came into the market almost three years before. However, if there is a social media website that will connect to your company directly, then you just can’t ignore it. Google controls almost 67% of the search market in the United States.

When it is Google+, the number of people who are added in your circles and your engagements contribute to your Author Rank. As a result, throughout the year 2014, it will be safe to believe that Google+ will have a bigger role on SEO.

With Google Authorship formation, the people can link the content directly that they make or that have been made for them in their Google+ profile. There arises a question, what exactly Google Authorship has to do with SEO?

If you are doing a quick local search for “Google Authorship,” then these are the top results. You need to check out that the fourth and fifth results are linked directly to Google+. This is actually the power of Google Authorship.

The year 2014 will continue to make Author Rank an important factor since Google will be able to define in a better way which authors will be holding the most authority and then promote those authority figures to the top of the search results. Thus, if you haven’t yet linked your Google+ profile to your own website and blog, then now is the right time to do so.

SEO is not at all dead. But, it is continuously evolving. Several true SEO principles that was developed over the last decade are valid till date. Thus, if you are preparing your own website this year, make sure you increase the activities you do on social media platform, link your own website to your updated Google+ profile and become much more active on Google+ as a whole.