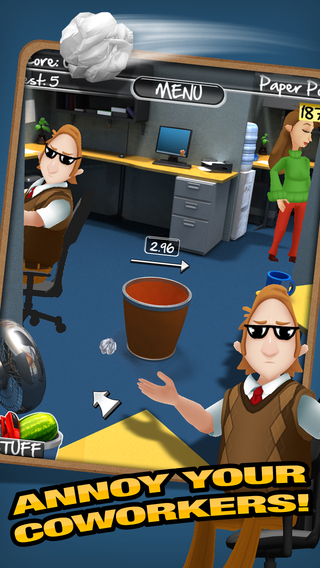 A lot of gamers have come to view the app market as a place of innovation. Indeed, we’re seeing developers produce some truly original games, and it seems that each year they get better at taking advantage of the best aspects of mobile gaming. But as much inventiveness as there is among app developers, the mobile gaming market is also a place of imitation. Many of the most enjoyable games (or even gaming categories) out there are essentially adaptations of popular online arcade and flash games.

These five examples illustrate this aspect of the app gaming industry.

Perhaps the most obvious example on any list like this is the Plants vs. Zombies series, which has become explosively popular. Now one of the most recognizable titles in app gaming, PvZ was initially part of PopCap’s lineup of online games, which also includes the likes of Bejeweled and Peggle Blast. The PvZ series has now gone even further than app adaptation, as its “Garden Warfare” sequels have put a third-person shooter twist on the core concept and emerged on consoles.

Bowman is one of the truly iconic online flash games that’s been around for the last decade or more. In fact, though you’ll find it (or a version of it) at most any decent online arcade platform, this game has become so popular that it has its own website. The app version, meanwhile, is very satisfying, as this has always been a game that operates smoothly with very little in the way of controls or complexity.

This is one of the most basic concepts in all of gaming, and yet it’s absolutely brilliant for “time wasting,” which is a popular goal of app gamers. It’s simple: shoot balled up pieces of paper (and other “tossables” into a trash basket as if you’re sitting in a cubicle passing away the work hours. The concept comes from a number of popular online games actually, though Sticky Co’s version—Cyrkam Airtos—may be the best of the bunch.

This one is a little less obvious, because on the surface Jetpack Joyride is its own thing. You control a little guy with a jetpack in a sort of endless flight obstacle course, and the whole thing is ridiculously addictive. But experienced online gamers know that this game is essentially a replica of the famous Helicopter game. And sure enough, it’s another flash game so well known that it now has its own site, but they’ve replaced a helicopter with a cartoon character.

These are really just five of many, many examples. It’s absolutely right that the app market gets credit for inspiring a lot of invention and creativity among developers. But it’s also a perfect platform for relaunching familiar concepts, and that’s resulted in a lot of great games like the ones listed here.