What Will Be Unveiled on the IFA 2013 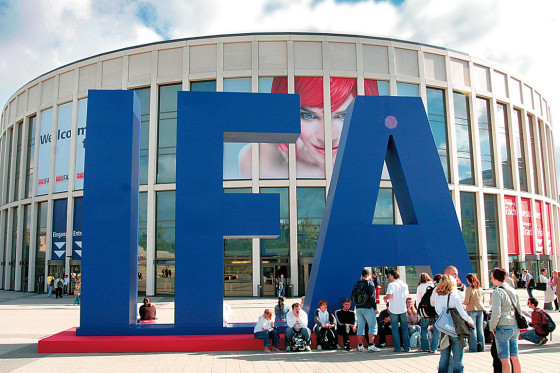 Tech and Trends:- IFA 2013 will be open on the 6th of September, and close on the 11th. IFA stands for Internationale Funkausstellung and this is one of the oldest industrial exhibitions in Germany. As a tradition, most companies which participate in the exhibitions will release their latest products two days before the exhibition officially launches.

On this year’s IFA exhibition, what will be unveiled? According to the rumors days ago, Samsung may unveil two products on the IFA, One is Gear Watch, and the other is Galaxy Note 3. Gear Watch is the first smartwatch developed by Samsung. Although some other smartwatch makers have released their smartwatches long before Samsung, people tend to prefer the products of the giant of this “smart field”. The rumors of the specs of Samsung Gear have been totally a mess, but some of them are believable, like the 3-inch screen without flexible display, supporting Bluetooth connection, running with Android 4.0 OS and so on. If you are looking forward to owning a smartwatch, you should pay attention to the announcements of Samsung on the 4th of September. Samsung will also unveil the Galaxy Note 3. It is a 6-inch (mostly mentioned in the rumors) phablet, which is the upgraded version of Samsung Galaxy Note 2. As the big-screen smartphone has been more and more popular in the market, Samsung pays a lot of attentions to its Galaxy Note 3. The specs of this phablet are still mysterious, but the rumors say that Samsung Galaxy Note 3 will run with the Android Jelly Bean 4.3, the latest version of Android OS; the processor will be the quad-core Qualcomm Snapdragon 800; the RAM will be 3GB and so on. When the IFA 2013 opens, we will be able to test the rumors. HTC will unveil the HTC One Max in the IFA 2013. HTC One is a flagship of HTC smartphone, and this smartphone is also popular among the Android phone users. With HTC One’s success, HTC released a blue model of HTC One, then HTC mini and now HTC One Max. This is HTC’s first phablet, and it will have a 5.9-in screen with 1080p Super LCD3 Display. HTC One Max is almost like HTC One except for the screen. As the HTC has been in a hard situation now, so will HTC One Max be the turning point of this company? The HTC One Max will be unveiled in this IFA 2013 as well, and will this “big HTC One” be the one that saves HTC?

As for Apple, we have to say sorry that the fruit company still hasn’t made any announcements to participate in the IFA 2013, so we will not be lucky to see the iPhone 5S and iPhone 5C. The latest rumor says that Apple will unveil the iPhone 5S on the 20th of September, but the former rumor goes like iPhone 5S will be unveiled on the 10th. It will be cool to take a golden iPhone, and iPhone 5S may use the IGZO screen, which will be brighter, so that you are able to enjoy the pictures transferred from computer without doing harm to your eyes. Other companies like LG, Lenovo and Philips and so on will unveil their new products. Let’s wait for the feast for all the fans of smartphone, phablet, tablet and notebook.