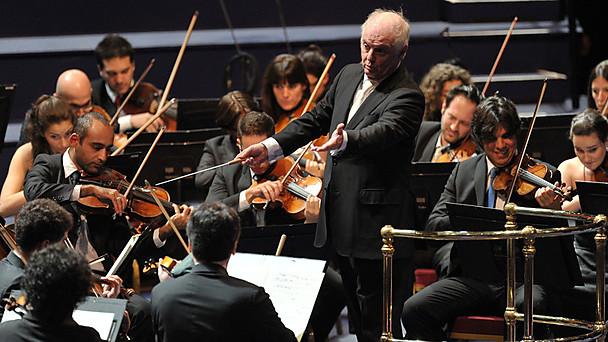 Tech and Trends:- The symphony stands alone as the greatest and most complex of all musical genres. The symphony form is to music what the novel, epic poem and play forms are to literature. However, when Haydn first introduced the symphony form, it wasn’t as complex as it would later become towards the end of the 19th Century and throughout the 20th Century.

The word symphony in Greek means “agreement or concord of sound”; a symphony is an orchestral composition. The symphony is distinguished from the sonata as being a work for full orchestra, as opposed to the sonata which is typically a work for solo instrument or small ensemble. Both the symphony and sonata contain the “Sonata Allegro Form,” the most complicated and structured of all musical forms…. Here are some of the most exceptional and famous symphonies ever written:

Mozart was Haydn’s younger contemporary, so after Haydn introduced the symphony form, Mozart decided to give it a try. And that he did, by composing this symphony, which is considered one of the greatest and most famous symphonies of all times.

Haydn has been credited with having been the father of the symphony – he was the first composer that stopped calling it an overture, which is what it was it was called in his day. Most people mention other Haydn symphonies and usually omit the 102; nevertheless, the 102 was the first symphony ever written in which the horns are slightly muted in the second movement – an exceptional work which oftentimes goes unnoticed

No famous symphonies list is complete without this one. Perhaps the greatest symphony ever written, maybe greatest musical composition of all times, as well as one of the most famous symphonies ever written. Take your pick. In the same way every writer has attempted to outdo Virgil, Dante, Shakespeare and Milton, likewise every composer has tried to outdo Beethoven and they have all fallen short. The first movement is groundbreaking for the minor key, and the second movement is a very futuristic scherzo. The third movement is by itself one of the greatest and most beautiful movements ever written in music – stands unique. The “big tune finale” is nice, though pales by comparison to the third movement – arguably the greatest most influential symphony ever written.

The father of program music, as he’s oftentimes called, was responsible for this prophetic work. The work has a story, his obsession with a young and beautiful Shakespearean actress named Harriet Smithson. Rejection is a powerful thing, so what does Berlioz do? He takes opium, obsesses over her, and finally kills her – this masochistic story is taking place ‘musically’ throughout the symphony, via its 5 movements – they eventually get married in real life…. Great work!

Brahms has been rightfully called the greatest composer of symphonies since Beethoven. This symphony is a must for any student of composition – its tightly knighted structure and exceptional thematic material can only be the work of Brahms. Brahms was one of the undisputed giants of 19th Century music.

One of the most modernistic works of the 19th Century. A work which foreshadows 20th Century compositional techniques.

Is Dvorak’s magnum opus, as well as one of the greatest and most famous symphonies of the 19th Century. The work was composed during Dvorak’s visit to the USA. The work shows Dvorak’s exceptional gift for writing beautiful melodies, coupled with his knack for brilliant orchestration.

Mahler called this work: His Symphony No. 8 in E flat major; nevertheless, the work is famously known as the Symphony of a Thousand, because of its excessively large orchestral score. Furthermore, many will argue that Mahler’s Symphony No. 5, 6, 7 and 9 are more original and groundbreaking than the 8 is. The second part of the symphony is a futile, though very bold attempt to stage Part II (the very end) of Goethe’s Faust – this symphony is a must for those who like loud, exaggerated and passionate music. approximately 200 instrumentalists and around 800 vocalists are needed to perform it…. This work might or might not be one of the most famous symphonies ever written, but it’s one of the most interesting.

Is arguably Prokofiev’s greatest work. Like all (most anyway) of Prokofiev’s work, it’s very intellectual. Though oddly enough, this work is easy to listen to.