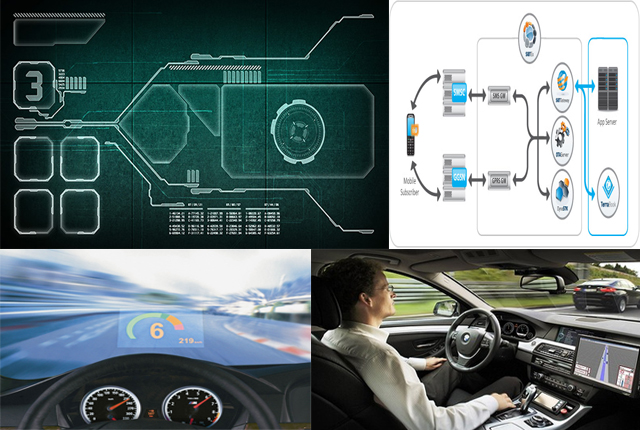 In recent years, the auto industry has become a hotbed of innovation, with all manner of cool technologies being developed. Even if you’re not into cars, some of the advancements on display at the major motor shows are truly impressive. Let’s take a look at some of the latest and greatest tech trends in the automotive world.

This is the big one. Developers of driverless cars hope that one day you’ll simply be able to jump into your car and it’ll take you wherever you need to go without you having to do anything. This would clearly be hugely convenient for people; giving them more time to do relax on the commute for instance, and it’s expected that it would cut the rate of accidents on the roads too. Google are one of the frontrunners with this tech.

As the computers in cars become more and more advanced, the need for software updates arises. Of course, nobody wants to have to take their vehicle into the garage unexpectedly when an update needs to be carried out. This is why some of the more forward-thinking manufacturers such as Tesla are staring to send out updates over the air. They recently introduced a whole new driving mode for the Model S just though a wireless update.

With cities becoming more and more crowded, space is at a premium, and this means that despite cars generally getting larger, you’re going to need to fit into smaller spaces than ever before. Parking sensors have been around for more than a decade now, but these days things are a little more advanced. Companies such as Ford (you can actually already buy nearly new cars with this tech from places like Exchange and Mart) have introduced much more complex sensory systems that can figure out exactly the size and shape of a potential parking space. The trump card is that they can then actually automatically manoeuvre into the spot for you; saving you the hassle of trying to do it yourself.

Heads-Up-Displays are generally the staple of video games and futuristic movies, but they’re slowly starting to make their way onto concept cars and even in some production ones. The theory is that it’s far better to have non-intrusive information displayed on the windscreen than it is to have to look down at a screen for things like satellite navigation instructions. This one might be a couple of years away from mass adoption, but it’s certainly going to cause a stir when it hits.