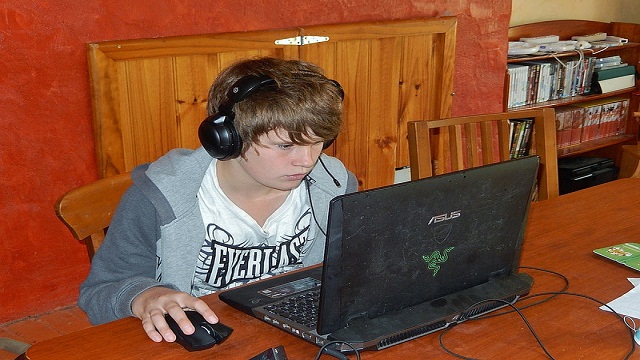 Most people say that desktops are much better at providing a great gaming experience compared to laptops. Desktops are upgradable and might outmatch several laptops in terms of swiftness and configurability but gaming laptops also pack a serious punch and can win the competition with desktop due to its sheer mobility and convenience. There are several manufacturers who make few of the most hi powered gaming laptops like Alienware, Northwest, Falcon and MSI etc. that outweigh several desktops in terms of the overall gaming experience required by a gamer. If you’re looking for a gaming laptop to play the latest games with 3d graphics, then here are a few tips that can help. This is the area you want to invest in the most if you’re looking forward to play the latest games. The onboard graphics driver is not powerful enough to provide enough memory for your gameplay, especially if you’re a fan of online gaming. You have plenty of choices thanks to manufacturers Nvidia and AMD both of which manufacture some of the best gaming graphic cards that fit all sorts of budget. Most experts however suggest that Nvidia cards are intended for higher specs as they are slightly more expensive than the AMD variant. One might be able to get a better configuration with AMD at a lower price as compared to Nvidia.

A computer is nothing without the central processing unit or what we nowadays simply refer to as the ‘Processor’. For the latest games it is essential that you choose a quad core processor such as an Intel i5 or i7. When choosing a processor also keep an eye on the generation of the processor as to keep playing the latest games for the next 2-3 years it is essential that your hardware is of the latest technology. Some experts might also suggest you to buy an AMD processor which is available at a much cheaper price, but to be honest, even the latest i3 model by Intel outperform anything AMD can throw at it.

RAM is an important component of your system and it basically decides how fast your computer interprets your commands. The higher the RAM in your system the faster and more responsive your gameplay will be. Looking at the hardware specification in the latest games it is recommended that you do not settle for anything less than 8GB if you’re looking for a gaming laptop. If you’re not a serious gamer and only wish to play the classics then a minimum of 4GB of RAM can do the trick for you.

The best part about the gaming laptops by manufacturers like Alienware or Falcon is the amazing screen size that you get. We all know that unlike other regular laptops and ultrabooks gaming laptops are bulky and have great screen sizes. While this seems a little too much for most casual or professional users, a larger screen is what most gamers ache for.  1080 p is supposedly the resolution standard for most high definition content for at least sometime in the future (till the 4k content takes over), so a bigger screen is the best to enjoy high detailed graphics.

The major problems with gaming laptops are their battery backup. As the hardware requires a lot of power to provide the graphical experience you bought the laptop for, it also drains your batter faster than you would expect with a regular laptop. The wisest choice would be to connect your laptop to a UPS and use the battery only when you leave home with the laptop. When you play games on their highest graphical settings it is common for them to work for an hour before you might need to recharge the battery.

When it comes to graphical excellence, gaming laptops might be the best laptops you’ll ever buy. Gaming laptops not only provide the required juice the latest games require from the computers, but also come fitted with TV tuner cards and several ports for various gaming controllers. Hence, despite of most expert gamers choosing to buy desktops rather than gaming laptops, gaming laptops seem to have several advantages of their own.

Luke Peters is an avid gamer and also the current contributor for TinyLaptop.net. He spends most of his free time looking for the latest games and has written game reviews across several blogs and websites across the internet.