8 Best Indie Games Ever Made 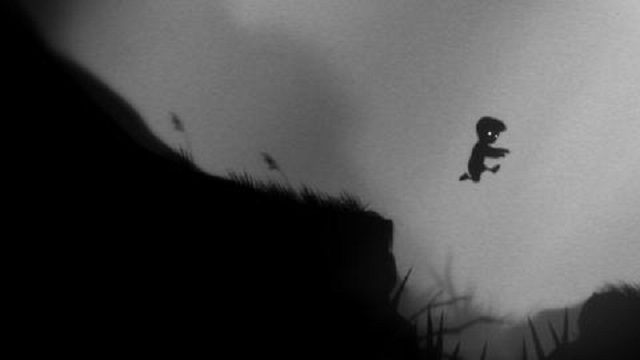 Some of the best games in the world have been developed by small independent teams. Forget GTA, Halo and Call of Duty. Each of those games were made by a team of thousands. They were funded by multi-million dollar deals and were marketed to every corner of the globe. Today, we’re looking at the bedroom success stories. The games that were made by two or three passionate gamers with a dream.

Each of the following games were made on a very small budget. Many purposely turned down big publishers and funding in order to remain in control of their project. Behind all of these games you will find a developer who has pushed themselves to the limit. They will have spent years and years making it. They will have been in debt and been at the edge of their emotional capacity. But, in the end, they created the game exactly how they wanted. Fans have rewarded this kind of dedicated and passion. Some indie games sit amongst the best rated games of all time. Many went on to sell millions of copies. The internet opens up a whole world of blogs and downloads that don’t need huge marketing campaigns. Many start on the innovative Xbox Arcade. However, you can now play the latest games on these high spec laptops and most consoles. These games spread by word of mouth. They have become legends because of it. Without further ado, here are the eight best indie games ever made.

Braid is the famous indie game success story. It was one of the first games that championed the indie market. It took advantage of Xbox’s Arcade market place and became the poster boy for indie gaming. It helped gaming become a universal pastime. The game is a typical platformer. You’ll recognise elements of mario and other famous games. However, the unique aspect is the ability to rewind time at your will. At first you’ll use this to rewind when you die. However, you’ll slowly learn to use the ability to crack puzzles and complete the game. Braid also tells a deep story as you progress. Its meaning is open to interpretation. The true depth of which is still discusses on gaming forums today.

Minecraft stands amongst the giants. Not just in the indie world either. Minecraft has sold over five million copies since its release. A figure that even the major publishers crave. Gamers love Minecraft because it starts with nothing. You learn your entire repertoire through trial and error. Rather than the game tell you how to perform certain skills, you figure it out yourself. It leaves you with an immense feeling of triumph as you conquer its sprawling worlds.

The development and success of Super Meat Boy is well chronicled in the film ‘Indie Game: The Movie’. The film depicts the true depth of making a videogame from the other side. You see the game makers drift in and out of depression. You see their severe lack of sleep and social life. You see the sacrifices they make to produce the game. At the end, you see what it means to create a game that connects with people. Super Meat Boy is the focus of the movie and its success has been astronomical. Selling over a million copies, it developed from a humble online game into an indie success. The platform game positions the learning curve in exactly the right place. Its success lies in the perfect balance of difficulty and sense of achievement.

This game was made by just one man. Daisuke Amaya created everything from the development code, to the art, to the music. A rare accomplishment in gaming. Initially released as a free game on PC, it was soon ported to WiiWare and 3DS. It’s a typical shooting platformer. However, its multiple endings and adorable characters set it apart. Fans loved it because they could amend and ‘mod’ the PC version to improve it too.

The gameplay in Bastion isn’t anything to write home about. It is great, but nothing you won’t find in many other ‘hack-and-slash’ games. The real beauty of Bastion is everything else. The unique aspect of the game is the narrator. A voice guides you through the entire game, unveiling the story as you go. The visuals are stunning and the music score is considered one of the finest of all time.

The development of Fez is almost more legendary than the game itself. It took developer Phil Fish several years to complete it. It was awaited with much anticipation but was fraught with legal complications. Not to mention a number of complete redesigns. The result is a beautiful world with a truly unique concept. What starts as a 2D world materialises into a 3D one. You turn each world to discover new secrets and the answers to progressing. Beautiful and endlessly enjoyable.

This is a true example of gaming as art. Its mysterious and monochrome design is eerie and stunning. The score captures a real sense of nervousness. Although the game is short, it is impeccably designed and replayable. The goal is to reunite our hero with his sister as he travels through limbo. On the journey you’ll encounter huge spiders and devilish puzzles.

Many contest Journey’s indie status. It was created by a small indie team, however it was funded in connection with Sony. For purposes of this list, we’re including it because it feels like an indie game and was created in the spirit of one. The game world is sprawling and beautiful. There is no text, and no words are spoken. You simply play a robed man in the desert. You can encounter other robed players but cannot interact save for the exchange of a musical chime. It was praised for its sense of wonder. Reviewers also loved the strange act of companionship you strike up with strangers. It won many ‘game of the year’ awards and was a commercial success.

The indie world is filled with some of the best games out there. Of course, they rarely compete with the huge giants of gaming. But, every now and then, a game breaks through on word of mouth. Many of these games are more personal, and more emotional than any made. That’s what making indie gaming so great. If you’re keen to discover more, these eight games are the best place to start.