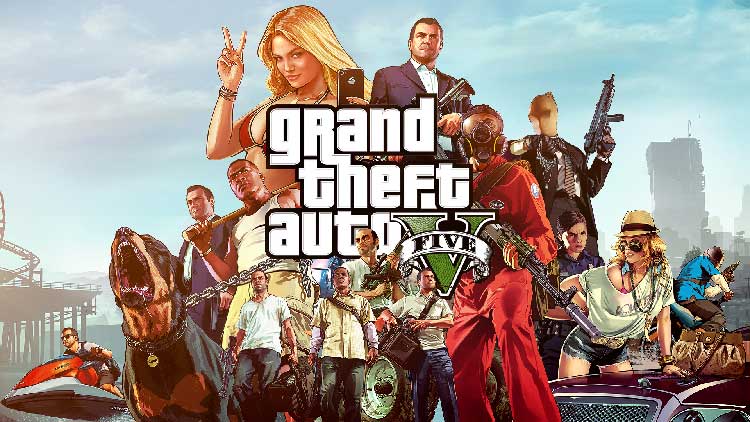 We all think of immense commercial success, record breaking sales, massive popularity and expansive content when we speak of GTA V today. But what did people, players; what did we, think of Grand Theft Auto V back when it first launched on the Xbox 360 and Playstation 3?

Yeah, that’s GTA V for you. The game was a massive phenomenon in the industry even before it launched, and when it did, GTA V surpassed all expectations. It was bringing in all the 5/5, 10/10 and 100% scores from every reviewer whose opinion mattered (and even from those whose doesn’t), not to mention mind-boggling cash. Within 72 hours of launch, GTA V brought in $1 billion in profits. This achievement is made even more impressive considering GTA V was the second most expensive game to make at the time, costing Rockstar Games and Take Two Interactive $265 million to make, being surpassed only by Bungie’s Destiny, which cost half a billion dollars (and turned out to be pretty crap).

Today, GTA V is a massive commercial and popular juggernaut in the industry, with an already massive, and yet perpetually growing (sort of like the universe) active playerbase, a wildly popular MMO component in the face of GTA Online, which is constantly being expanded with newer and newer features, and a vibrant modding community. Rockstar has been an exemplar of community engagement, by releasing tools designed to get players sharing their gaming experiences, such as the widely popular Rockstar Editor, a video editing suite developed specifically for GTA V.

And then we have the ever expanding list of cheats players can use in the game’s single player component, much like these cheats for PS3 (still no money cheat – nor will there ever be one, while the GTA Online servers are live). These cheats, as opposed to how cheats are handled in many other games, aren’t there to make things easier for you. They’re there to make things more chaotic, more fun.

Cheats have always formed an integral part of any GTA game, being a staple of the franchise’s humor. Rockstar didn’t neglect this tradition when making the first iterations of GTA V. The Xbox 360 cheats for GTA V included a number of secret cheats for players to discover, which involved inputting a string of controller button commands which activated all kinds of crazy effects.

The cheats in GTA V could be separated into four distinct categories, classified based on who or what they affect.

First and foremost we have the cheats which affect you, the player character. These cheats included your standard limited invulnerability cheat, but that is where the game divorced convention. You could make your melee attacks explosive to simulate a falcon punch (!!!), and if that does not satisfy your need for explosions, you could always apply explosive or incendiary ammo to your weapons, andl ive out all of your pyromanic fantasies on the way to the therapist. If you felt like GTA V is in need of more super heroics, you could apply cheats such as fast run and super jump, making yourself a true meta-human. If the worries of the world weigh heavily on you, but you don’t have a taste for liquor, you can activate drunk mode, which will get you under the influence without the alcohol.

If you would rather look outward than be introspective, you can always alter the way the world around you works. From simply changing the weather to your liking, you can go as far as making all cars slide along the road, weaken the force of gravity, and slow down time.

If you’re itching for a ride, or a particular rooty-tooty-point-and-shooty, you can opt to use some of the cheats from the remaining two categories. The vehicle and item spawning cheats are pretty self-explanatory and straight forward, so they don’t need much introduction.

Since those times, GTA V has launched on an additional three platforms, and the cheats have been expanded with ones which can be activated from the in-game cell phone. The community has also grown greatly, and with the constant content updates, there is a hell of a lot more game in GTA V now than there was way back when. While we can hardly say that the game had humble beginnings, we surely have come a long way.