How Important Is Research When Writing a Non-Fiction Book About a Literary Great? 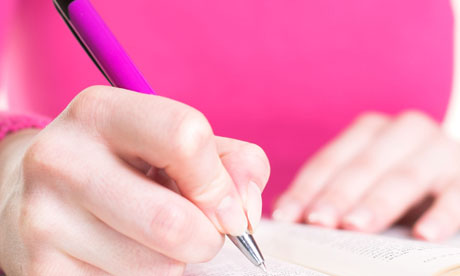 Tech and Trends:- A non-fiction book by definition is based on reality, in other words it is based on facts that the writer has gleaned from research. A non-fiction book is potentially the dull and tedious academic  tone filled with facts and figures. A non-fiction book about a literary great, however, has the capacity to be a great deal more – it is a true story told beautifully to capture the readers’ imaginations and give them a brief glimpse into how great literature came to be.

Literary greats have caught our imaginations almost as much as their creations have. While reading about Jane Eyre, we are often curious about the mind that created her. Charlotte Bronte’s life, times and inclinations defined who Jane Eyre became. What child today reads the Harry Potter series and knows nothing of J. K. Rowling? Who is the Reader?

For non-fiction about literary greats, the readers fall into limited groups. There are the students of literature who take the opportunity to learn about the authors they study to understand the context from and within which they wrote. There are the academics that analyze great works and therefore seek to learn as much as they can about those who produced them. And then there are regular people whose imaginations and hearts recognize that somewhere in the story of the great author lies the mystery of his or her greatness. These are the readers of memoirs and autobiographies, reflections and non-fiction.

What is such a book about?

The book, to have any appeal at all, must above all be interesting! It must capture the imagination, present a perspective not yet explored or at least, not yet understood. It is factually correct of course – hence, the non-fiction – but it finds in what is for the literary great an ordinary life, reason for essays, articles, poetry and so on. Such a book turns a normal person whose job was writing, who incidentally wrote a great literary work, into the protagonist of another work.

Non-fiction requires research – endless amounts of diligent, detailed research so the author of the work knows the subject as well as the subject knows himself. A tall order certainly, but when writing fiction the protagonist is the sum total of what the author defines him to be and non-fiction about an individual needs to be fairly nuanced to be as enthralling as fiction.

By claiming to fall in the realm of non-fiction, the works about literary writing techniques claim to be as factually correct as a newspaper report and newspaper reports are researched.

From an author’s perspective too, it is far easier to write anything compelling when one is familiar with the subject. Without an in-depth understanding of the life and times of the literary great, there is very little hope of coming up with an unusual perspective or level of detail that would interest the readers.

While research increases understanding and allows the researcher to verify facts, it also gives the author the opportunity to discover what all is already available on the subject they’ve chosen to write about. What sort of research works?

Unlike a newspaper report, narratives require far more research. The narrative about a literary great must reconstruct scenes and stories for the reader. An ordinary fact-finding search on the internet is unlikely to yield such depth.

While most authors have their own styles of conducting research, there are some basic means that most will access. The internet is always a good starting point to access or at least identify archival information. After that letters, diaries, interview transcripts and other materials are tracked down, often using the internet. Moving on the primary research, it is typical to meet with as many people who were witness to the events and occurrences of the lives being researched. Bystanders will oftentimes share details and perspectives that would otherwise be missed. Having done both desk and primary research, many writers will also conduct an independent verification of facts as far as possible.

When is research sufficient?

Research in the information age tends to be overwhelming. Endless amounts of information can inundate the writer and some have been known to keep researching for that last piece of the puzzle at the expense of writing the narrative.

Eventually, writer must sit and write. No amount of research will get the narrative written and it is always possible to return to research a piece of minutiae than keep looking at the bigger picture hoping that all the details will be there from the beginning.