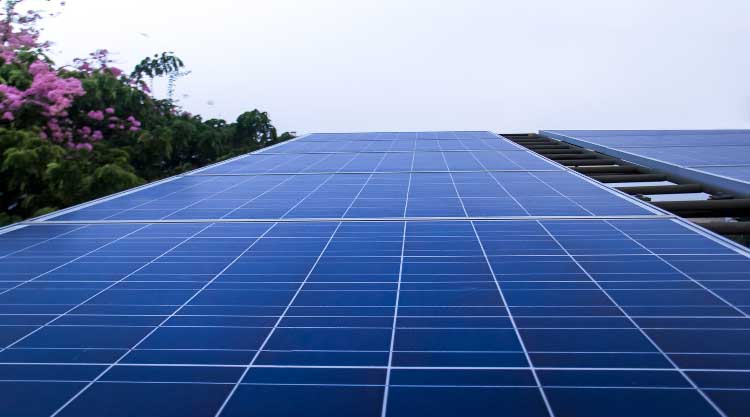 Post Blurb:In the midst of a solar boom many question if renewable energy is worth the investment. There are too many obsolete facts and assumptions based around this argument. Today’s discussion revisits some of the most popular myths associated with solar energy, using California as an example.

The world continues to debate the topic of solar power. Of the multiple theories, the majority of them debate points based on obsolete facts and assumptions. In an ever-growing transitional environment, the world floats between two spans: a time reliant on fossil fuels and a future restrained by renewable energy sources. Not everyone buys into the same vision.

Conservative media criticize solar energy by ignoring its successes, denying its sustainability, and maintaining that the U.S. should just yield the solar market to China. However, this booming industry has made enormous strides, and with the EPA’s clean power plan solar could become a significant source of our power. Here are a few persistent myths held by critics of residential solar power.

Myth 1: Solar energy is not green.

Fact: A modest area of desert land could meet all of our power needs.

Myth 3: Solar power it too intermittent for the United States.

Myth 4: Solar energy is too costly.

Fact: U.S. can be a solar powerhouse with the right policies.

Many of the arguments against solar power go back to the earliest debates, making the discussion points that are based on outdated facts or assumptions no longer accurate. However, one point still remains consistent across the board; the U.S. is in the midst of a solar boom yet still hasn’t realized the full potential of clean energy.

Benefits of Solar Power for California

If California blanketed its buildings, houses, and urban spaces with small-scale solar foundations, it could produce enough power to provide energy for a state three to five times its size. One of the central objections to solar power is that not enough space exists to build solar farms. However, installing solar panels on rooftops and in public parks can have a strong environmental impact without damaging any natural habitats.

Blending solar plants into the urban and suburban landscape causes the least amount of change and the lowest environmental impact. For instance, 6.7 million acres are ideal for rooftop solar panel design installations while an additional 1.6 million acres would house concentrated solar power plants. There are a plethora of non-ecologically susceptible areas, such as abandoned lots and degraded land, which with minimal effort could be developed to provide even more space for solar installations. Identifying compatible sites that are not remote is ideal because of the value of locating solar power-generating operations near existing transmission lines and roads. Also, this shows that installations do not necessarily have to be in deserts.

The results apply to any sunny, urban location, even though the research was performed specifically on the state of California, one of the prime solar power spots in the U.S. It lends credence to the theory that we do not necessarily need to build immense solar farms on top of oceans or in the desert to produce vast amounts of sustainable power.