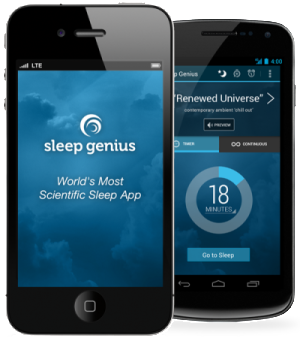 Information Technology Blog:- For millions of Americans living in or close to a big city, noise is just a basic fact of nightlife. The cacophony of car horns, dogs barking, people talking, and other familiar cityscape sounds provide an inescapable rhythm of the night. But even as tolerable or familiar as this soundtrack has become, the absence of soothing silence or peaceful sounds is depriving many of the restful sleep essential for optimal performance of mind and body.

According to a recent AP report, noise is the single greatest quality-of-life complaint in New York City. As it turns out, noise may be the paramount reason why New Yorkers are among the most chronically sleep deprived Americans. But getting better rest in the city that never sleeps shouldn’t be so difficult, even with the aforementioned audible nuisances that plague city life.

Every year, millions of Americans turn to prescription or over-the-counter sleep aids to help secure their 40 winks. But with hit-or-miss results and occasional side effects – including a worsened form of rebound insomnia after sleep meds are discontinued – a growing number of physicians are urging greater restraint when using medicinal sleep aids.

Even the majority of sleep-inducing mobile apps that litter the world’s leading app stores provide little more than repetitive white noise with zero impact on the brain’s sleep centers. But according to a recent segment on the popular syndicated television program Dr. Oz, pink noise, on the other hand, is hailed as an all-natural sleep cure that “can be more effective than prescription medication.” In one study cited, 75% of the people who listened to it enjoyed more restful sleep.

Defined simply, pink noise refers to sounds that have equal energy per octave, which means it has more low-frequency components than white noise. Consequently, pink noise holds the key to blocking distractions and relaxing one before bed. As a result, it’s little wonder why some of the fastest growing all-natural sleep solutions are turning away from ineffectual white noise and thinking pink instead.

Last year, for example, a new mobile sleep app called Sleep Genius launched on iOS and Android and instantly drew stellar reviews and resounding praise from across the medical and scientific communities. Developed by experts in neuroscience, sleep, sound, and music, Sleep Genius has been celebrated as a game changer within the crowded sea of sleep apps that populate the world’s leading app stores.

Not surprisingly, pink noise plays a key role in the app’s proprietary mix of algorithms, which work to effectively block out outside noise and create a virtual sound cocoon that wraps around the user. The impressive impact of Sleep Genius is just the latest noteworthy example of how pink noise can mitigate distracting noises and relax frenetic minds by slowing down one’s breath rate and heart rate, an ultimate sleep solution conducive to quality, restful sleep.

So could New Yorkers benefit from thinking pink? With the CDC classifying sleep deprivation as a national epidemic, the people of New York City definitely need all the shuteye assistance they can get today.

“One of the lesser-known legacies of the recently ended 12-year tenure of Mayor Michael Bloomberg was one of the nation’s toughest noise codes,” the AP reports. “Under it, every construction site must post a noise mitigation plan, while excessive noise from restaurants, sidewalks, even garbage trucks is illegal.”

But most health and sleep experts agree that it’s impossible to legislate a big city into becoming a more conducive place for good sleep. And that’s exactly why millions of consumers are flocking to free or low-cost mobile tech solutions that capitalize on pink noise to get a better night’s sleep in a very loud world.