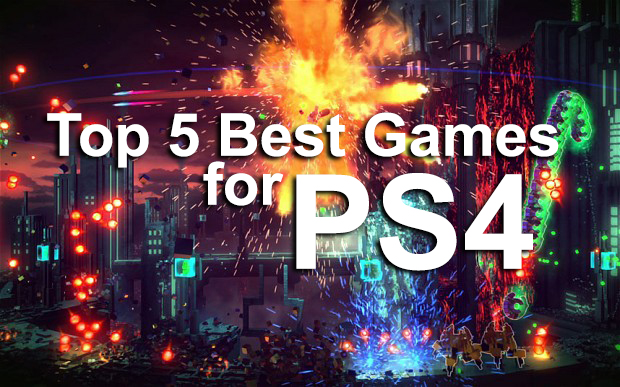 Tech and Trends:- As you can see title maybe kind of different from other lists you might have read already! Some of the awesome games like GTA V (GTA 5) are not available on Sony PlayStation 4 yet, and hence the list – Top 5 PS3 and PS4 games.

I do have a PS3 gaming console in my house now, I’ve been thinking of upgrading to a PS4 soon when they start releasing more legendary games for PS4. There are some guides in the internet for playing PS3 games on PS4, do Google and make use of that if you have a PS4 like me.

I just can’t miss this! I mean if you see a game trending on twitter or Facebook there is a 50% possibility, that it is about GTA V. I mean the Facebook memes, the twitter trends the gamer talk, and everything makes you believe that this game is the BEST game you can buy for your PS3 as of now!

There are a few free slot machine apps that are equally exciting as this fifth generation of Grand Theft Auto character game, but you should not miss out on this game at any cost.

There are some rumors that GTA 5 is coming to PS4 this August, but we must keep in our minds that rumors are rumors. It’s not the hype they’ve given I am quoting you; this is the best game I’ve played in my PS3.

This constitutes to one of the top racing games, which are available for the Sony Play Station 4, not 3. When GTA V was not released that very soon for the PS3, It got me mad. However Need for Speed was not so, the NFS: Rivals was released to the PS4 and it is good. The graphics are real good; it does lag a bit but not that much. If you love cars and racing you should just go for it.

This game is also another good first person shooting game, I played the “Call of Duty 3: Modern Warfare”, but it was very good on the Xbox and not so on the Play station. So, I’ve decided to add Battlefield 4 to the Top 5 Playstation games list. Though there are some negative reviews on Flipkart about this game, I really like it. I think you should just try it and then talk about it.

This game has been my latest addictive game. I really love WWE and watch it daily. This game had the new feature of unlimited number of smackdowns per match! That is really cool and it makes the game very cool and realistic.

Though most of them won’t be talking about this game, it is really good and with good graphics. It’s the 5th sequel of this game.  Many people complain that the game is actually short and they finished the game within a few hours.