Save Money By Buying A Used Cell Phone 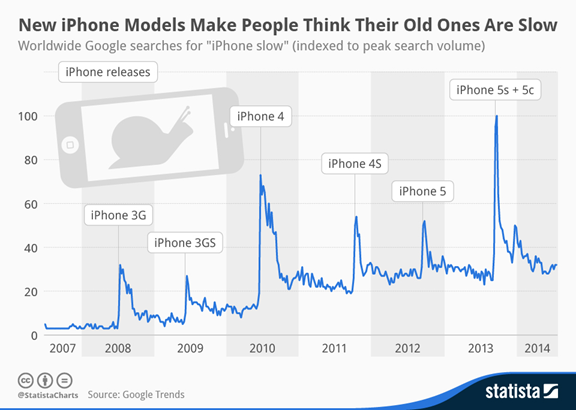 Tech and Trends:- Feeling pressured to keep up with new cell phone technology? Are the newest, flashiest models driving you wild with desire but taking a heavy toll on your finances? Or are you simply looking to find a dependable model at a reasonable price, and stick with it throughout each new season of Apple, Samsung, or Microsoft releases? If you’re tech-savvy but watching your wallet, or you’re happy with slightly older (but still perfectly sound) designs, then start thinking outside of the (big) box. In fact, one increasingly popular method to buy and sell phones is through the second-hand economy. That’s a fancy term for what really amounts to buying, selling, or swapping used cell phones online, but it’s a great way to save money, get the model you want, and avoid the mad dash at the mall.

Marketers have always wanted people to dispose of perfectly suitable products and buy new replacements on a regular basis. It’s part of the allure of conspicuous consumption—why hold on to the old when you could have something new, hot and exciting? This constant craving for the latest and greatest certainly applies to the smartphone market. As you can see from the chart below, each time Apple releases a new version of their iconic iPhone, global Google searches for the keywords “iPhone slow” shoot through the roof. A few possible motivations could explain this phenomenon. On the one hand, certain users will immediately assume that, since there’s an iPhone 5s or 5c (for example), their once-shiny iPhone 5 is surely out of date and in need of replacement. On the other hand, certain users will find that a newly upgraded iOS has slowed their old model down, and are simply searching Google for help. Either way, the frequency with which the big cell phone companies release new models (and questionably compatible OS upgrades) has caused some people to wonder whether these companies are designing their products to become obsolete every few years. Regardless of suspicions over planned obsolescence,it hasn’t stopped the daily rush for new phones. With constantly improving technology, ever smoother and faster systems, and our psychological need to be the first (or at least, not the last) to have the latest and greatest, people are buying new smartphones at staggering rates. One Gartner poll put worldwide cell phone sales in 2007 at 122.32 million units; in 2014, that number reached a whopping 1,244.89 million! And all those sales are costing consumers a lot of money: the IDC (International Data Corporation) estimated that the average retail cost of a smartphone in 2013 was $335. After some basic math, that means people spent over 400 billion dollars on phones last year.

Now, were all of these purchases necessary due to ‘slow’ models? Probably not. Surely there are some people out there who don’t care about the most recent innovation in smartphone technology, or people who are happy with a slightly out of date design and OS, or who are simply trying to cut costs on their retail purchases but still enjoy the benefits of an advanced smartphone. If this sounds like you, then you’ve got to join the growing number of people finding exactly what they’re looking for in the world of used goods directories — otherwise known as the alternative marketplace.

According to the a new study conducted by Kijiji, one of the biggest players in the game, electronics are one of the most frequently exchanged item in this second hand economy. If you’re looking to buy, you can find any number of models and makes in absolutely perfect working condition, and for drastically lower prices than if you were to buy new. Knowing how in demand cell phones are, you can also make a great profit on a still-durable but slightly older phone. Why throw away your old iPhone when you can re-sell it to someone who couldn’t care less about the most up-to-date version? It means you put some money in your pocket, avoid adding another item to a landfill, and make someone out there very happy. When it comes to smartphones—and other electronic items—the second hand economy might just be the marketplace that’s perfect for you.