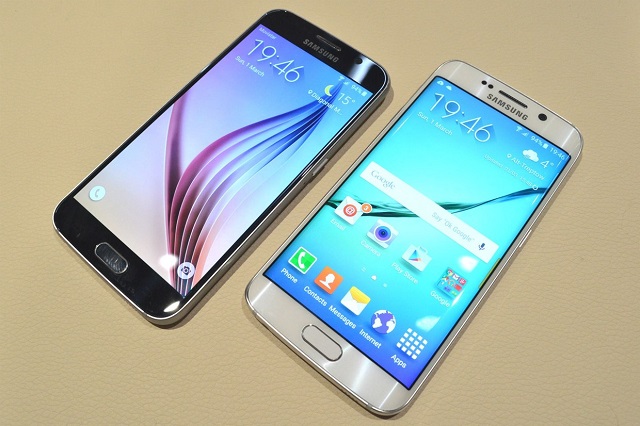 Do you recall how it used to be [without text messages]? Some of you don’t. I am constantly amazed that there is a generation of adults who don’t remember what it was like not to be able to send text messages, I’m glad I just barely ride that line. Born in the 80’s, I still have recollections of the first time I heard the strange word “internet” and learned how to use email on a crappy dialup modem. I was a late-comer to cellphone technology, especially when it came time to buy a smart phone. But buy one I did, and my first mobile device was a Samsung Galaxy. In a few days, the Samsung Galaxy S6 Edge is going to get released, to much acclaim and excitement from Samsung devotees. I’m one of them. This is why I’m excited.

The new Samsung Galaxy S6 Edge has the best resolution display of any Samsung product, or any other product for that matter. You’ll be able to take better pictures than you have likely ever had the ability to before. And because the camera is just one of many functions of the Edge, you’ll have plenty of other stuff to do as well. Mobile devices of this type are still exciting in the developed world, but in many ways they’re considered a mature product. Resolution and speed will improve, along with other factors, but it’s not the same change we saw a decade ago when these devices were first rolling out.

But they are rolling out for the first time in many markets across the world. There are more adults who have never seen a smartphone in the world than there are ones who own one. As the market continues to expand, I expect it to improve our lives in various ways. Here are 3: 1) As more people get smartphones, language translation and recognition software is going to improve, making communication with people who don’t speak your language much more possible. 2) Education is going to change, as learning opportunities for mobile devices, with elements from the world of gaming, become a standard for learning in the next generation. 3) Photography is going to be in the hands of nearly everyone, providing a real glimpse at how people in other cultures really live, for the first time in history. The Samsung Family of products are at the cutting edge of these changes, and I’m thankful that consumer technology as a whole has progressed to this point.

To learn more about The Next Big Thing head to: http://facebook.com/SamsungMobileUSA