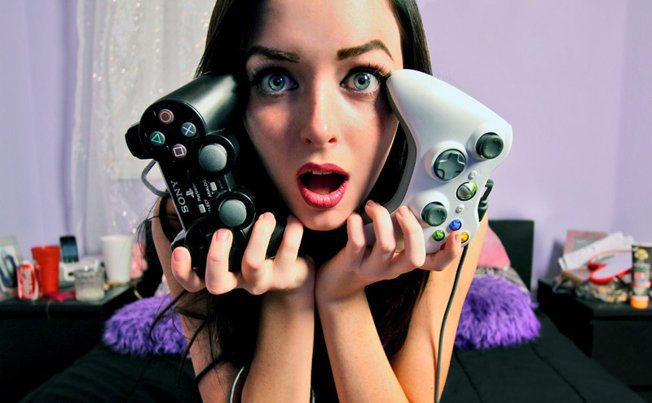 Tech and Trends:- For many years, gamers have been stereotyped as teenage boys and single men, who spend more time gaming than doing anything else. However, since the arrival of the smartphone and its endless gaming possibilities, these stereotypes no longer hold true.

Today, if you look around in any public place you’ll see people on their smartphones. They’re not all talking or sending SMS messages, though. Many of them will be filling time while they wait for someone or for an appointment, playing one of the thousands of games it’s now possible to download as an app. You’ll see toddlers and little kids with their parent’s phone or tablet in hand, no longer bothered about having to wait around as they have a world of entertainment at their fingertips. And the parents are just as likely to be playing games too – when they can wrestle the device off their kids!

A recent survey in the UK by the Internet Advertising Bureau looked into the online and gaming habits of the nation. Around 4,000 people took part in the survey, so quite a representative sample of Britain’s 33.5 million gamers. And for the first time, women took the lead in the number of people gaming, with 52% of the gaming population being female.

Not every smartphone game is a real money one, though. Many people enjoy playing puzzler games like Monument Valley, Dots or Threes. In fact, in the Internet Advertising Bureau survey, more than half of the women surveyed (56%) who were 44 and over placed mobile puzzler games as their number one gaming choice. Perhaps the appeal for women in playing these kinds of games is that there is no need to devote much time to it; you can fit a few minutes of gaming time around your usual daily activity, whereas with console gaming or pc gaming, you need to make a conscious decision to devote a period of time to it. Another attraction is that the majority of games are free to download, so you don’t have to pay for the entertainment, as long as you don’t mind seeing the pop-up ads during play.

That being said, it also seems to be that gaming is becoming more of a family pastime, according to a survey by the Entertainment Software Association in the US. The 2013 survey showed that 58% of respondents played video games with their children at least once a month, and 35% played them with their kids once a week. A few years ago, most parents’ interaction around video games would have been to tell the children when to quit playing, but now they’re enjoying participating in the games. The same survey suggests that 16% of people play games with their partner and 34% play with other family members, so it’s likely that the grandparents sometimes play too.

This equalling out of the sexes (and ages) in gaming is likely to continue as ever more of us start to play on our mobile phones and the games developers keep introducing more and more sophisticated games for us to play, that have an appeal for everyone. The time when gamers were exclusively teenage boys seems to have definitely come and gone.