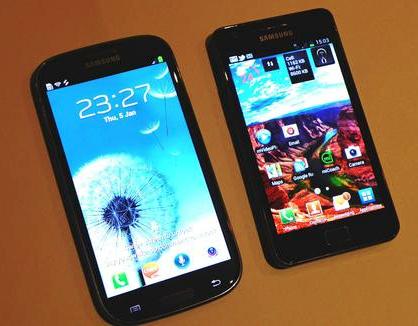 Tech and Trends:- To upgrade or not is the question in the minds of most Samsung Galaxy S3 owners. The confusion is due to the launch of the Samsung’s latest Smartphone, Galaxy S4 (technically known as Samsung I9500 Galaxy S4) believed to have amazing features. On the other hand, there is a significant price drop on the cost of Galaxy S3 to pave way for the new gadget. It is therefore important to know whether an upgrade is necessary or whether to stick with Galaxy S3 and take advantage of the relatively cheaper price. In that regard, let us find out the main similarities and differences, as such information will help individuals in making informed choices. The comparison is going to focus on aspects like platform, design, display, interface, multimedia, camera, connectivity, storage and other features. A look at the variations in cost is also important since one can only spend the extra cash if the quality of the latest gadget is worth it. The type of Operating System (OS) and the chipset or processor a phone uses determines its effectiveness and competitiveness. Samsung has retain the use of Android’s OS in both phones with the Galaxy S4 using the latest version of the OS i.e. 4.2.2 while its predecessor uses 4.1.1(upgradable). When it comes to the chipset, the latest gadget uses Exynos 5 Octa 5410 whereas Galaxy S3 uses Exynos 4. There is also a difference in their processing speeds where Galaxy S4 runs at 1.6 GHz with a 2GB RAM as opposed to 1.4 GHz for the Galaxy S3.

The phones use different graphics where the latest release uses PowerV SGX 544MP3 capable of better display while the former uses Mali-400MP. The Galaxy S4 also has a bigger screen of about 5 inches (1080 x 1920 pixels and a pixel density of 441ppi) compared to Galaxy S3’s 4.8 inches (720 x 1280 pixels and 306ppi pixel density). The screens are both super AMOLED, Multi touch and Full HD capacitive touch screen protected by gorilla glass 2 and 3 respectively.

When it comes to camera, the Galaxy S4 is superior to its predecessor. It has Full HD primary and secondary cameras with 13MP and 2MP respectively, capable of a dual shot and brilliant photos in low light. On the other hand, the Galaxy S3 only has 8MP and 1.9MP where the secondary camera is not Full HD. Both phones are however, capable of simultaneous HD video recording, face detection, image stabilization and geo-tagging.

Interface, Messaging and other features

Apart from the Air view, Air Gesture, Smart Scroll and Smart Pause that are the exclusive navigation features in Galaxy S4, other navigation and multimedia features are found in both. Another exception the internal storage. While Galaxy S3 is limited to 16GB the latest version has up to 64GB of internal storage. After considering the above aspects, it is now to decide whether to upgrade or not.