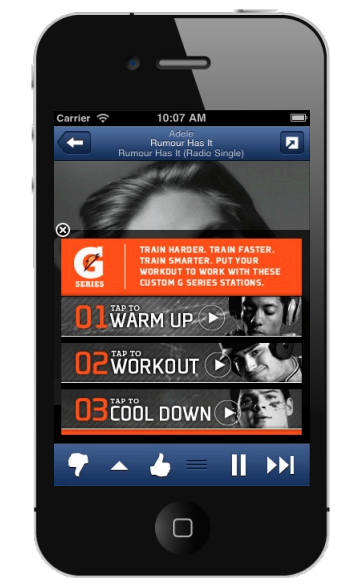 Tech and Trends:- There are two central areas of growth in the media world; native advertising and mobile, and more often than not you can’t have one without the other. In fact, the only form of advertising that is proven to work – and work well – on mobile is native advertising.

According to the latest Internet Advertising Bureau (IAB) research there are now a massive proportion of native campaigns with a mobile component alongside it. This is clearly indicative of current emerging trends which see marketers around the world, now favouring mobile platforms over the previous desktop ones, as a way to engage with the millennial target audience.

Due to the significant rise in the number of individuals – old and young – who now own a smartphone and/or a tablet simply fuels the focus on mobile native advertising.

How native advertising on the mobile works

Native advertising predominantly works to engage with its users on a personal and emotional level by allowing both brands and publishers to promote their own personality and voice. This voice can be serious or it can be humorous; that will depend entirely on the product/service and the brand.

Each native ad will be placed in a friendly, relevant platform meaning that it will not disturb the overall user experience; rather it will add to it.

Why native works on mobile

We have all witnessed infinite scrolling and in-stream ads on our social media platforms, whether that is Twitter or Facebook. In fact, native on mobile devices has completely transformed ads and engagement levels, as native ads allow content to be amplified and repurposed, resulting in videos becoming even bigger on the mobile.

The social media platform Twitter originally pioneered the concept of sponsored ads, which was later adopted by the likes of Facebook. Previously, native ads were designed to be viewed on the desktop. However, due to the vast amount of users now using their smartphone to access their social sites, mobile native ads have soared.

Social media remains the largest platform for native ads and this isn’t going to change any time soon, simply because, it’s so successful. However, even outside of the social media space, native ads have proven to perform well – according to latest research by Adyoulike – 55% of users will first engage with a native ad via their mobile or tablet.

The truth is mobile opens up a whole new world to advertising due to its ability to encourage engagement between the ad and the user. Native ads can also be localised, meaning they have the ability to appear to a customer when they are located near the business or store being advertising; through the use of geo-targeting technology.

Through the use of mobile apps, native ads can blend seamlessly into the publisher’s site, without causing any level of disruption or confusion to the user.

With this in mind, mobile native advertising is the most successful way to reach the younger audience who are crazy about their smartphones.