Amazon Fire Phone – Is There Any Hope 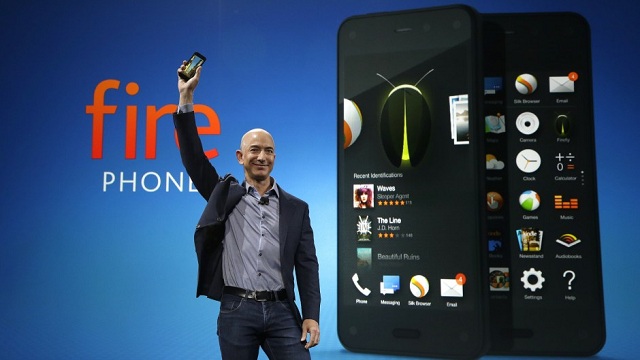 Amazon Fire is the debut smartphone from Amazon. It was launched two months ago but only in US on the platform of AT&T. Amazon is world’s largest shopping website and this smartphone seems to be an attempt to put this huge shop in your pocket. This smartphone makes use of Amazon’s own Fire OS that it tried in its Kindle Fire Tablet. In two months that it has been in existence, this smartphone has sold only about 35000 units according to an estimate. Is there any hope for this phone? Let us find out in this article.

Fire Phones are available in two models. One with 32GB memory is available at a price of $200 and the one with 64 GB of memory is priced at $300. It is a CDMA phone that is only available on the platform of AT&T. From its looks, it seems to be an inferior version of Nexus 4, and certainly no comparison to iPhone 4. Its display is made of glass while the cover is made of plastic. Though it is comfortable to hold, its size (5.5X2.6X0.35 inch) is no comparison with monster smartphones of today. It weighs a hefty 5.6 ounces that is equal to the weight of HTC One, but the latter has a much larger display and it also has a metallic body.

Amazon Fire phone has a display of 4.7 inches and it gives a resolution of just 1280X720 pixels. This is nothing in comparison to LC 3 that gives a resolution of 2560X1440 pixels. It is powered by a 2.2 GHz processor and has a RAM of 2 GB. It is a dual camera device with a rear camera of 13 MP while the front camera is 2.1 MP. Good thing is that both cameras are capable of recording HD videos. It runs on Fire OS that is based on Android. Surprisingly, the phone lacks menu and back buttons that are normally there in all other smartphones. To go back, you need to swipe up on the screen that feels awkward to the users. Swiping from left to right on the screen gives access to shortcuts while swiping from right to left takes you to utilities like calendar and weather information.

Amazon Fir phone is facing tough competition from top of the line Android devices made by Samsung, HTC, LG etc, and of course

the iPhone. It is difficult to fathom why anyone would pick this phone that is only available through AT&T when he has phones available on many careers. Not only does Fire suffer in terms of new features but it is also pricey and available only from AT&T.  It is not a bad phone but it si certainly not that one would welcome with open arms when he has the choices ranging from iPhone, Android, and Windows phones. With poor sales figures in the last wo months, it is highly unlikely that Amazon would even think of introducing a sequel to this smartphone.

Dorothy Thompson is a freelance writer, Norwegian author. She writes for many online publications, as well as flytting Bergen and smartms.no. You can also consult him for transportation and flytting in different countries